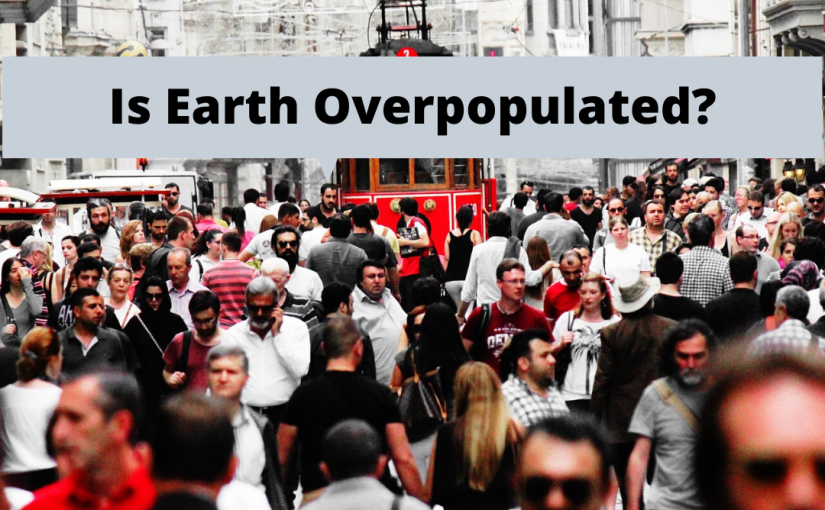 Shock, sadness, deep concern, and a burning desire to set the record straight filled my soul as I read my ethics students’ discussion posts. The topic? Ethical considerations involving population and the environment.

I gave the assignment to find out what they’d learned the last two weeks. For most, it wasn’t much.

Frankly, I’m terrified by what I read because overpopulation and climate change are issues at the heart of secular humanists’ efforts to “save the world.”

One by one, these college students confessed they believe the world is overpopulated. In replies to their classmates’ posts they doubled-down. “The population of the world has been the leading issue in global warming,” wrote one student. “I agree putting a limit on how many children people have could reduce the overpopulation issue but this leads to other issues such as the question of freedoms,” replied another.

Another student wrote, “I agree the world is extremely over populated and something needs to be done to get it under control quickly.” Her recommendation? “A possible solution could be limiting the number of children that families are allowed to have or executing prisoners rather than keeping them on death row for years.”

Folks, something is seriously wrong when a generation of students believes the world is overpopulated.

Genesis 1:28 tells us, “Be fruitful and multiply, fill the earth and subdue it.” God repeated this command twice to Noah after the Flood.

Global overpopulation is not something with which the people of God ought to be concerned. The earth isn’t even close to being full. If you travel, you know there is plenty of space to move around. What we should be concerned with, however, is the world’s increasing anti-biblical bias.

We already see a growing hostility towards Christian beliefs and values. The Bible says in the last days the people “will be of one mind and give their authority and power to the beast, and the beast will make war against the Lamb . . . ” (Revelation 17:13-14)

At minimum Christians should be familiar with “the Gospel.” John 3:16 succinctly says: “For God so loved the world, he gave His only begotten son, that whosoever believes in Him should have everlasting life.”

Will the world’s war against God’s people be waged over two very different ideas about the salvation of the world?

“This Book of the Law shall not depart from your mouth, but you shall meditate in it day and night, that you may observe to do according to all that is written in it. For then you will make your way prosperous, and then you will have good success.” (Joshua 1:8)

Doug Carter is a graduate of North Carolina State University and Southeastern Baptist Theological Seminary. Besides teaching ethics and Bible courses, he writes about cultural issues from a biblical perspective. He'll tell you things media, politicians, and preachers should be saying, but aren't. His work has been featured on the Rush Limbaugh Show, WND, Western Journalism, Freedom Outpost, et.al. Come join him every first Monday at 9:00 pm EST on pjnet.tv. View all posts by Doug Carter

One thought on “Is Earth Overpopulated?”