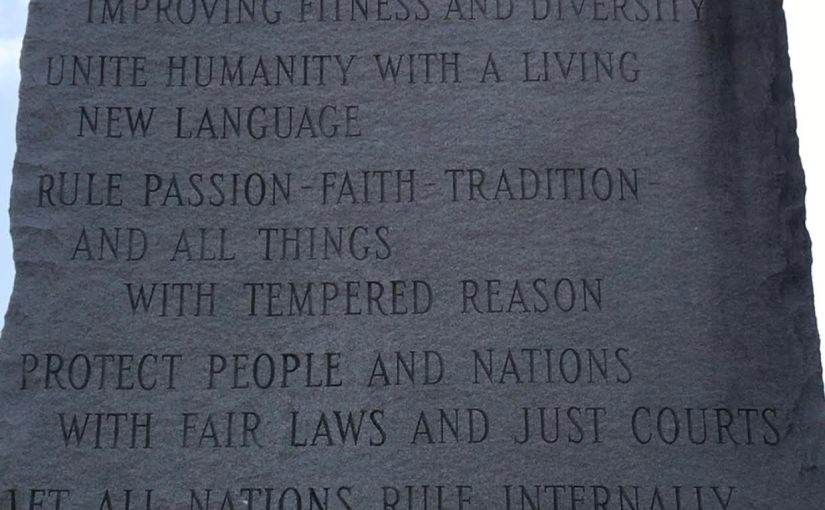 “You ruined me. I don’t even want to go to school tomorrow.” I leaned forward, alarmed my words to my thirteen-year-old nephew might have been too frightening.

“You just told me the world is going to end. We’re screwed!” I glanced at my sister-in-law, whose wide eyes, tight lips, and tilted head told me I needed to fix this quickly. A quarter way through my chicken sandwich, I paused for a moment. Maybe this isn’t such a bad thing. Maybe we need to scare our kids.

We’d gathered at Chick-fil-A after an evening of bowling, and the conversation about the Corona virus arose. Paul, quiet inquisitive for his age, immediately impressed us with an interesting conspiracy theory. Amused by his thought process, I smiled as I recalled other conspiracy theories told by my college students.

Then I dropped the bomb which ruined his night. I told him I’d been teaching something similar all week. Whereas his conspiracy theory involved a questionable covert operation by Chinese operatives to reduce our population, I told him about a real plan to reduce world population.

I elbowed my fourteen-year-old. “Tell Paul about the Georgia Guidestones.”

“Yeah, that was crazy!” my son exclaimed while I quickly scrolled through my phone to find pictures we took last fall.

“Read this.” I handed my phone to my nephew. “Read the top one.”

“Maintain humanity under 500 million in perpetual balance with nature.” He pushed half his meal aside as his appetite vanished.

“Did you know the current world population is over 7 and a half billion?” “What do you think that means?”

Before he could answer, I quickly gave another example. “My classes have to write a paper based on an interview Jacques Cousteau gave to the UNESCO Courier in November, 1991.” The underwater pioneer Jacques Cousteau hosted the popular television series, The Undersea World of Jacques Cousteau, which entertained awe-struck audiences of all ages from 1968-1975. “Do you remember him?” I asked his startled mother. She did.

“Cousteau traveled all over the world,” I explained to the teens, “and in this interview he said the biggest problem facing the world is overpopulation. He said that in 1991, while the population was much smaller than it is today.”

I continued. “Cousteau went on to say he believed the world’s population should be capped at 700 million.” My family stared at me, their expressions a mixture of horror and disbelief.

“What’s that got to do with the Corona virus?”

“I’ll tell you what Jacques Cousteau might think. He would say eliminating suffering and disease might actually jeopardize our species. In the interview with UNESCO he said, ‘It’s terrible to have to say this. World population must be stabilized and to do that we must eliminate 350,000 people per day.'”

Seizing the moment, I peered into my nephew’s wide-open eyes, almost staring into his soul. “You know what’s even scarier? The Bible talks about a drastic reduction in world population during the last days.”

“Ever heard of the Four Horsemen of the Apocalypse?” My terrified nephew’s long face reminded me of the pale horse.

“Those represent God’s judgments upon Earth in the last days. One of those judgments is the pale horse, who has power to kill a quarter of the earth’s population.”

I rolled through my speech like I’d done so many times before with my classes. “What were those ‘ideal’ population numbers again? 500-700 million? And we’re at 7.5 billion? Somebody wants to kill off a bunch of people, and the Bible says a bunch of people will be killed off.” What do you think will happen?

Walking to our cars, my nephew was visibly upset. “You’ve ruined me,” he repeated. “I need a Bible. I need to sleep on a stack of Bibles!”

“No,” I smiled. His comments warmed my heart. “I didn’t ruin you. I set you free from the fear and gave you hope. Go seek God, who tells you the rest of the story and offers hope. That’s the Gospel story- the hope for humanity: ‘For God so loved the world, that He gave his only begotten son, that whoever believes in Him should not perish, but have eternal life.'”

Join me live at 9:00 pm EST on pjnet.tv the first Monday of every month.